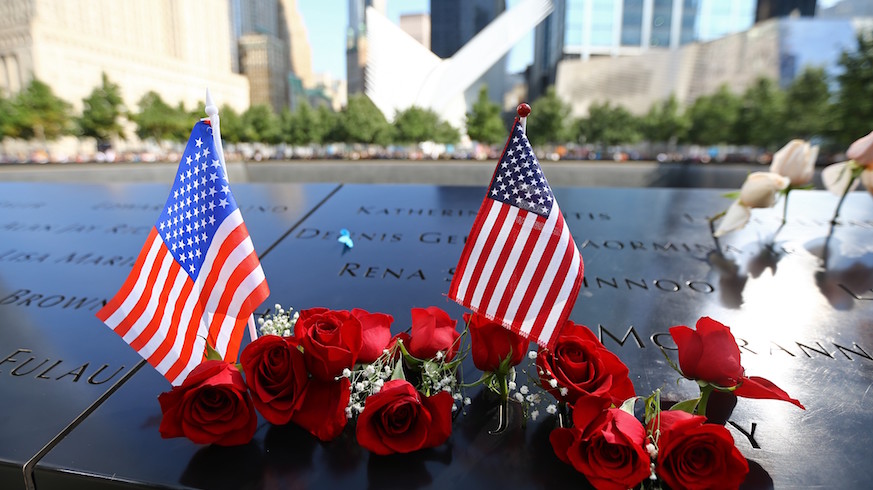 True North decided to reach out to Chris Vetzel, Story Coach and Program Coordinator with The Heroes Journey as well as a post 9/11 veteran, to ask him about his thoughts on the 20th anniversary of 9/11. This is what he wrote back to us:

It’s been 20 years since the 9/11 attacks. Whether you remember watching the event live or learned about it in school, it changed our country’s history and trajectory forever. Nearly 3,000 Americans lost their lives that day, as the rest of us watched in shock and horror.

We felt helpless, lost, and emotions ran high. It was an unprecedented state of chaos, and no one knew what to do. Then, in the middle of this darkness, something incredible happened. We banded together. By 9/12, nearly every house on every street displayed brand new American flags. For the first and only time in most of our lives, race, religion, age, gender, political beliefs, and socioeconomic status meant nothing. Our petty squabbles disappeared, and we all united. We were not black, white, Democrat, or Republican, we were Americans.

Unfortunately, with time came a gradual yet brutal return to division. Now, 20 years later, as we watch the Taliban take over Afghanistan after a rapid US withdrawal, many are calling this a “pointless war.” We have forgotten what it was about. To make matters worse, our country is more divided than ever. Simple disagreements have eroded into tribalism which occasionally turns violent. Many Americans have stopped looking at each other as individuals and are instead more focused on ingroup/outgroup behavior. People are being judged by their stance on masks, vaccines, politics, race, and any other conceivable topic.

Even in a country that has more freedom and opportunity than any other, we are discontent. We have forgotten how fortunate we are. To remind us of what is important, we recently had the opportunity to interview an immigrant from Afghanistan. This man, who we will call Adam, worked as an interpreter with the US military, and became a US citizen a few years ago.

Although we take our relative freedom and safety for granted, this was not the case for Adam who describes growing up “with the fear of being killed, kidnapped, tortured, taken to war/fighting by force, arrested for speaking… against government.”

Adam has truly experienced the American dream. Starting out as an Uber driver, he is now successfully self-employed. When asked what the most shocking part of moving to the US was for him, he replied, “Living with freedom, [and] experiencing civil rights…” Think about that for a second.

We could all take a lesson from Adam. If we step back and look at how good we have it, maybe we could be a little kinder to one another. Maybe it wouldn’t be worth ending a friendship over politics. Maybe our bickering would seem trivial in the grand scheme of things. Maybe we could get back to seeing each other as countrymen instead of enemies.

“Never Forget” is the slogan associated with the 9/11 attacks, but what if we chose to never forget that special time where we woke up and saw each other as Americans? How great could we become? Whether you are a civilian, active duty servicemember, veteran, military family member, politician, what could we accomplish if we worked to “Always Remember” what we achieved on 9/12?

These Stories on Influential